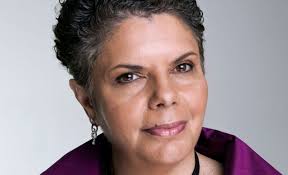 A world-renowned Indigenous opera singer, composer, playwright and creator of Australia’s first Indigenous opera, with a passion and strong commitment to improving access to careers in the arts for young Indigenous Australians.

A Yorta Yorta woman, Ms Deborah Cheetham AO is a soprano, composer, playwright, producer, director and educator who has firmly established her place as an artist in great demand. Since her international debut in 1997, Ms Cheetham has forged a successful career performing in theatres and concert halls across Europe, the United States, the United Kingdom, New Zealand and Australia, and at the opening ceremonies of the 2000 Sydney Olympics and 2003 Rugby World Cup.

In April 2007, she was awarded a prestigious two-year Fellowship from the Aboriginal and Torres Strait Islander Board of the Australia Council for the Arts, allowing her to create Australia’s first Indigenous opera, Pecan Summer. The success of Pecan Summer led Ms Cheetham to establish the Short Black Opera Company, a national not-for-profit organisation devoted to the development of Indigenous opera singers.

Ms Cheetham is currently Associate Dean (Indigenous) at the Faculty of the Victorian College of the Arts and the Melbourne Conservatorium of Music, University of Melbourne, having served as the Head of the Wilin Centre for Indigenous Arts and Cultural Development from 2011 - 2014. Under Deborah’s leadership The Wilin Centre advanced it’s reputation for providing Indigenous artists with pathways to a future in the visual and performing arts and promotes and supports their dreams and aspirations.

In 2010, Ms Cheetham was a finalist for the Australian of the Year in Victoria and in 2014 she was appointed as an Officer of the Order of Australia for her distinguished service to the performing arts as an opera singer, composer and artistic director, to the development of Indigenous artists and to innovation in performance. 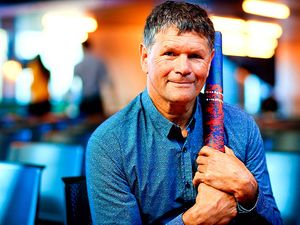 Dr Richard Walley OAM is a Nyoongar man, one of Australia's leading Aboriginal performers, musicians and writers, who has been a campaigner for the Indigenous cause. Richard is a fluent speaker of the Nyungar language and his Welcome to Country is the perfect way to acknowledge the traditional custodians of our land at any Corporate event.

In 1978, Dr Richard Walley founded the Middar Aboriginal Theatre with three friends, including Ernie Dingo, who he had met playing basketball. Aiming to take the Nyoongar culture from the south-west corner of Australia to as many people as possible, the Middar group went on to perform in 32 countries, to live audiences totalling almost ten million people.

Acting in theatre and TV, Richard is also a renowned didgeridoo player. In 2001 he performed in Westminster Abbey for dignitaries, including Queen Elizabeth II, as part Australia's Centenary of Federation celebrations. In the same year, he worked with Carlos Santana and contributed to the Opening Ceremony of the Sydney 2000 Olympic Games.

A role model for Aboriginal and non-Aboriginal people alike, Richard continues to push boundaries, continually developing personally whilst always focussed on the bigger ‘community’ picture of the Arts, Culture and Environment.

A quote from Richard which inspires Madjitil Moorna: 'The greater the respect, the stronger the community.'